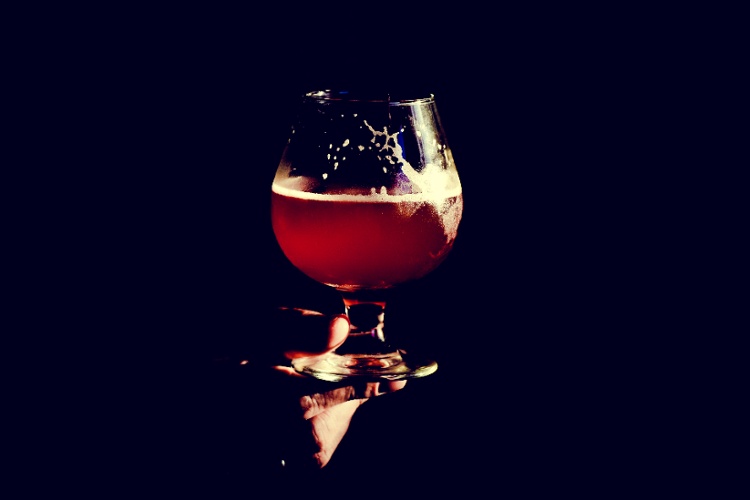 A consistent flow of new beers, breweries, and bars are feeding the beer loving public each day. If you're at a bar and ask for a beer list, chances are there will be a brew you've never had or maybe even heard of. With such a dynamic market, it's important for bars and restaurants to provide training on basic beer knowledge for bar and waitstaff.

This post is a crash course online beer class to help you understand the basics of beer.

Why spend time on beer training for staff?

As mentioned above, the beer market is an ever-changing, mercurial industry. Trends peak and diminish, then tastes change.

But there are also some constants when it comes to beer like established standards and styles that are worth understanding so you can communicate with guests to inform and sell.

Here's why you should take the time to learn about beer.

State of the beer industry

Before we dive deeper, let's check in on some craft beer data.

In what seems like a slap to the bearded faces of craft brew lovers, 2017 marked the first year that the top 3 selling beers in the U.S. were all light beers. Bud Light led the way, followed by Coors Light, and Miller lite.

With that in mind, it's important to remember that many drinkers still prefer light and mass produced pale lagers. This is important when considering how to train servers and what to train them on for beer.

Knowing the small market size of craft beer, it's safe to assume that despite the growth of craft beer, many people are not regular craft drinkers, and may prefer a bud light to a megadeath-hopped IPA.

Being unassuming when dealing with beer drinkers new to craft goes a long way to making them feel comfortable and helping them find a beer that they enjoy. Teaching staff to be patient and open minded is key to stripping away pretension.

If a customer is unsure of what to order, the best practice is to ask questions to determine their preferences. Make the experience about the customer, not your own preferences or what the newest, hippest beer on tap is.

Leading with questions puts the guest in charge and allows them to make their own decisions.

Tasting is important for deciding on a beer. Especially if you have a large draft beer selection. Training staff on how to handle giving out beer tastes is important. Limit tastings to 1 or 2 per guest, and make sure that there is a standard pour size for tastings.

A taste should lead to a sale, not a free round.

One of the most fundamental elements of beer knowledge is the difference between an ale and lager. It's helpful for identifying certain characteristics of a beer and what traits you can reasonably expect from a beer without actually tasting it.

The different types of yeast used in the two basic beer styles will handle alcohol differently. Ale yeasts can survive in an environment with a higher level of alcohol than lager yeast can. Which results in ales having typically higher rates (or at least the option for higher rates) of alcohol by volume than lagers.

Lager yeasts can survive at colder temperatures than ale yeast. The colder the fermentation is, then the slower the fermentation process, and the clearer the beer will be. Additionally, lagers undergo a period of cold storage, which separates solids so they can be filtered out, adding even more clarity to the beer. This results in lagers having a lighter color compared to ales.

The most popular ale styles

These are popular ales in America, and this list will focus on American styles of these beers. Some of the notes on color and taste have been aided by the the Brewers Association Beer Style Guidelines.

Background: The India Pale Ale originally started as a British ale, but the common version found in America is a hopped up, ultra bitter version of the Brit's brew. British IPAs are less bitter, with more malt presence, but still maintaining a dry mouthfeel.

Background: One of the most popular beer styles, again, originating as a British style. American pale ales are more aggressively hopped than the original British ales. Pale ales, particularly those with less hop character, ie., bitterness, are great beers for drinkers who are used to pilsner and other hoppy lagers.

Taste: Low maltiness, no perceived hop flavor, with a creaminess from the wheat. Some light notes of fruity flavors, and spiced with coriander and orange peel (Belgian style, witbier) , which impart a slight spiciness.

Background: These beers are of Belgian origin. Wheat beers are also represented by German styles like Hefeweizen, Berliner Weisse, and Weizen beers. They are generally cloudy beers that still contain yeast solids from being "bottle-conditioned." A practice where fermentation is finished while in the bottle instead of prior to bottling.

Taste: Notes of roasted malt, hints caramel and chocolate aromas. A brown ale tastes like a baked good, balanced by a bitterness from hops.

Background: Another import from Britain. And it hits on another theme, American brewers love hops and bitterness. The British style is much less hoppy, with toasty, biscuit-like characteristics. This is a great fall beer.

Background: Stouts are big, bold beers. They are dark, even black in color. The deep color of stout is why a pale ale is called pale, even though it's often a rich copper color. In the early days of English ale making, beer choices were limited, and so the comparison between pale ales and stouts was much more clear.

*A note on Stouts and Porters

These two beers are often confused. And for good reason. There isn't a big difference between the two styles. The murky origin story leaves us with little insight that feels helpful, but a stout is generally considered a descendent of a porter.

The name stout originally meant strong, or a beer boasting a high alcohol by volume. The same way we use the term Imperial today. The name stout derived from patrons ordering a stout porter, or high-alcohol porter. The only stylistic difference is that porters are often made with unmalted roasted barley, which imparts flavors associated with coffee. Porters are generally made with malted barley.

The most popular lager beer styles

Lagers are split between two categories: light and dark. Germany might be considered the king of lagers, which is why it's not surprising that the king of American beers, Budweiser (well, now, Bud Light), is from Anheuser-Busch Brewery, started by German immigrants.

Background: A German style of beer.

Background: Originated in Munich in Germany to compete with Czech Pilsner's popularity. More malt and bready-ness than a Pilsner with less hop bite.

The most popular dark lager styles

Taste: Low maltiness but it imparts chocolate and roasted flavors without presence of hops.

Background: This beers gets its color and distinct roast flavors from the Munich malt.

Popular Examples: Not a lot of popular dunkel style beers are brewed in the States. Try the Surly Schadenfreude.

Background: These are high alcohol beers, the doppel meaning "double," like Double IPAs.

About the author, Kyle Thacker

Kyle is the Marketing Director for Backbar. Before helping Backbar connect with the restaurant industry, he managed multiple bars in Chicago, with a love of whiskey and cocktails.

Learn more in our comprehensive guide on Bartender Training