The History of the Mule Cocktail 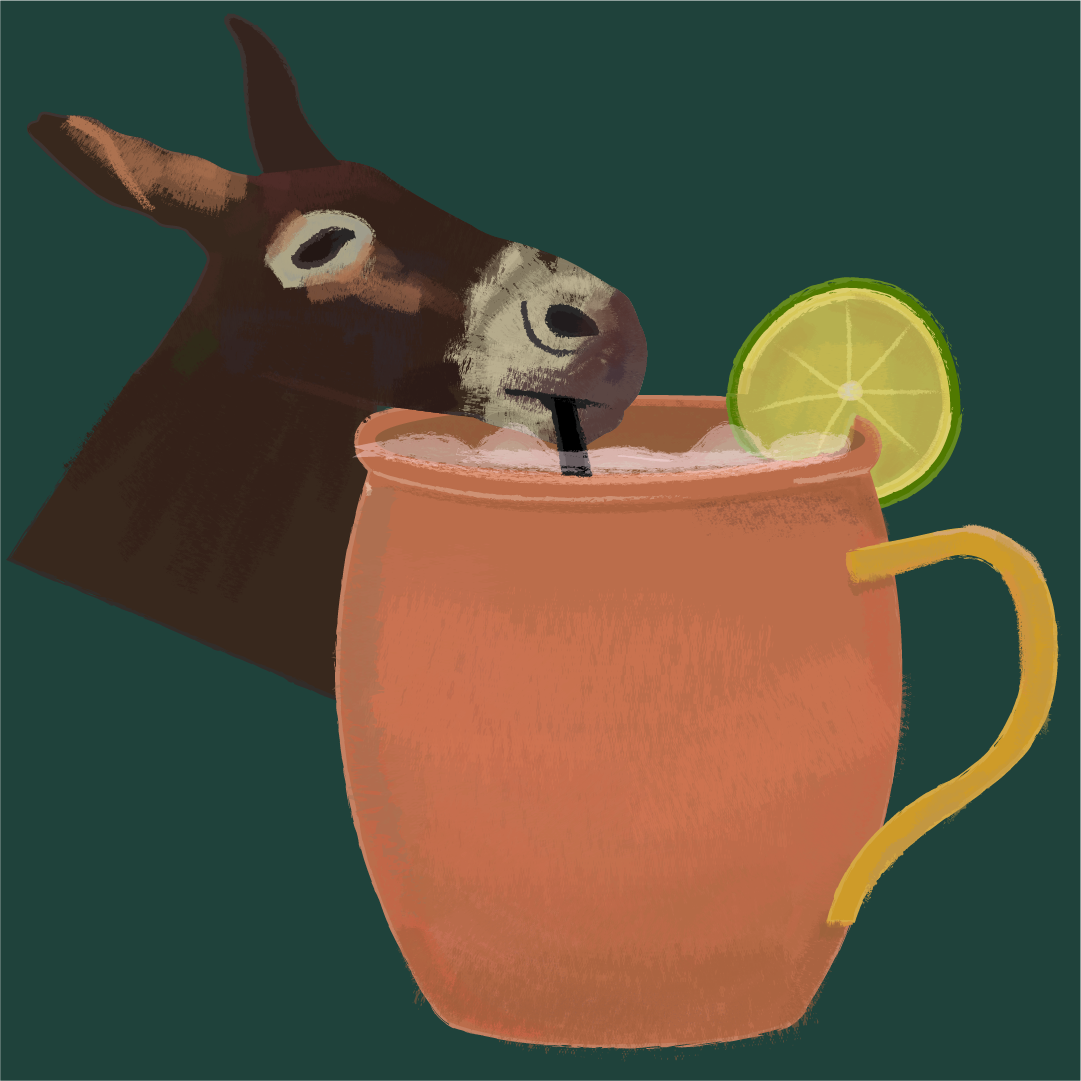 Mules (also known as bucks) are cocktails made with ginger beer or ginger ale, citrus juice, and any kind of spirit. Easy to make and easy to sip, these are some of the most popular and enduring cocktails today.

The difference between bucks and mules
Saying Can I get a vodka buck? Might just get you stares of confusion from the bartender nowadays. It’s more common to ask for a mule, as buck and mule have pretty much become the same thing. Purists will say that bucks can only be made with ginger ale and mules only with ginger beer - but we’ll say while ginger beer is better because it packs a more gingery, robust punch, either will do in a pinch.

Horses, mules, and bucks, oh my

First appearing in the later half of the 19th century, nonalcoholic cocktails were in fashion long before the emergence of bucks and mules. The Horse’s Neck, arguably the grandfather of the buck, was a simple concoction of ginger ale and a long lemon peel. As bartenders and drinkers alike began to experiment and add various spirits,  the cocktail took on 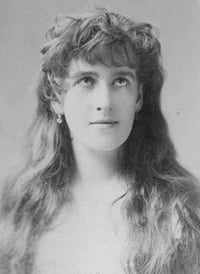 a variety of new names, such as the apt title Horse’s Neck with a Kick and the Scotch Lassie. The Scotch Lassie, a combination of whiskey, lime juice, and ginger beer originated from the American south in the 1870s, but did not become a national craze until nearly three decades later, when famed Broadway starlet Mayme Taylor (right) ordered the drink at a bar in Rochester, New York. Because of her popularity, the drink became known as the Mamie Taylor (remember, there was a time before spell check) - today, however, it's just known as a Horse's Neck.

Eventually the fame of both the actress and the drink faded away and for decades, no buck cocktail would ever be as renowned. Enter the Moscow Mule.

Need to make a quick buck? Make a buck

One day in 1941, John Martin was visiting his friend Jack Morgan, owner of the Cock n’ Bull bar in Hollywood California, and his girlfriend Ošelín Schmidt. All found themselves in a perplexing conundrum - Martin, head of one of the largest alcohol distribution companies in America at the time, had just bought the rights to sell Smirnov (French spelling, Smirnoff) vodka during a time when vodka was wildly unpopular. No one knew what it was, and in a time when rum was all the rage, no one wanted to try it. Morgan, on the other hand, had a failing side project in ginger beer - cases of it were piling up in his basement with nowhere to go. Schmidt had inherited a copper factory from her father, and with it, a surplus of copper mugs. The three businesspeople met in desperation, a Hail Mary attempt to figure out what to do with the things that were running them into the ground until - eureka! They came up with what they would call the Moscow Mule.

John Martin then came up with a marketing strategy not unlike what a social media manager would do today. With a Polaroid camera (new at the time) in one hand and a bottle of Smirnoff in the other, Martin would go to bars and offer the bartender a free picture of them drinking a free Moscow Mule. It was a win-win situation - the bartender would drink the cocktail and realize vodka wasn’t as bad as they thought, and Martin, having actually snapped two pictures, would take it to the next bar across the street where he would spin a story about how popular the Moscow Mule was at the bar he was just at. Who knew that brand devotion and the desire to belong to an exclusive group existed long before handheld media and cloud based social networking?

An influencer before his time, John Martin is who we have to thank for the lasting legacy of vodka and the Moscow Mule in American drinking culture. The next time you spot an Instagram like-hungry millennial directing mini photoshoots with their $13 cocktail just remember - they’re not the first to do it. 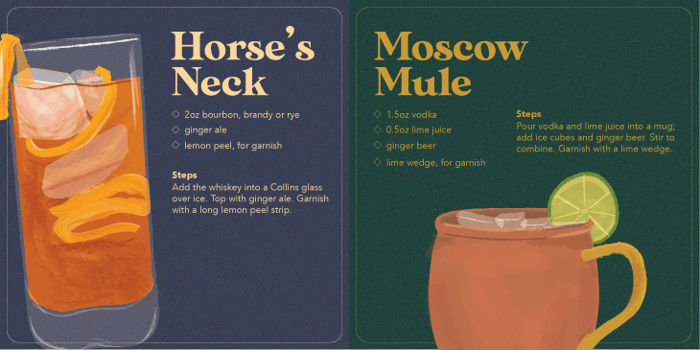 A pack of mules

Nothing beats the easy, refreshing taste of a good Moscow mule. But if you’re looking for a twist on the same familiar notes, look no further - here are a few other mule cocktails you’ll want to try next. The general ratio for ingredients will be the same for all variations - pour 2 parts of alcohol to 1/2 part lime juice into a mug, then add ice and top with ginger beer to your liking. Garnish, and then you're ready to drink! Cheers!

Plenty of mules swap out vodka for whiskey, and depending on what kind of whiskey you’re using, they have different names. Kentucky mules use bourbon, Tennessee mules use whiskey from Tennessee and Irish mules use, you guessed it, whiskey made in Ireland.

The aptly named Caribbean mule contains rum. And while rum might remind you of lying on the sand in a tropical paradise, it’s spicy notes pair with the sweetness of ginger beer, perfect for cozy autumn nights.

You don’t have to spin the globe too much to find yourself in the next country to have a mule named after it. Tequila, the national drink of Mexico, is the star in Mexican mules.

Cucumber mule
Cucumber mules have the same base as a normal Moscow mule, but with the addition of cucumber. You can either simply swap out vodka for cucumber-infused vodka (homemade is better), or if you want to go a little fancier, muddle some cucumber at the bottom of a mixing glass, add vodka and lime juice and shake, and then strain into a copper mug. Either way you’ll have all the makings of a Moscow mule, complemented with the refreshing notes of cucumber. Don’t forget to garnish with a cucumber slice. 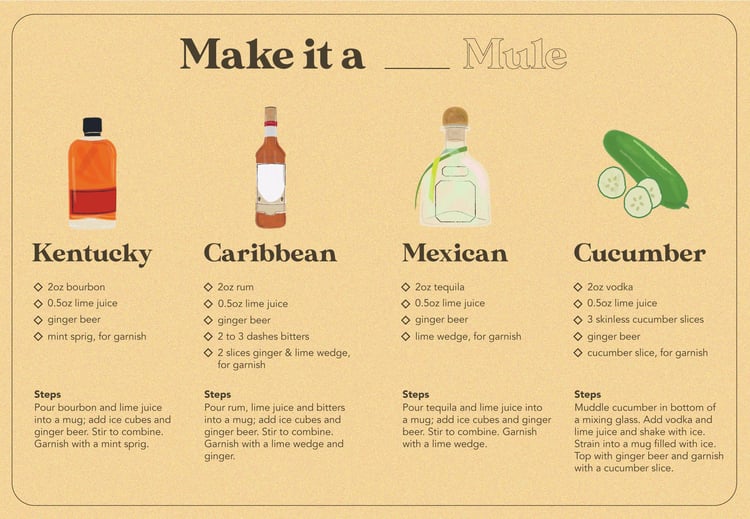 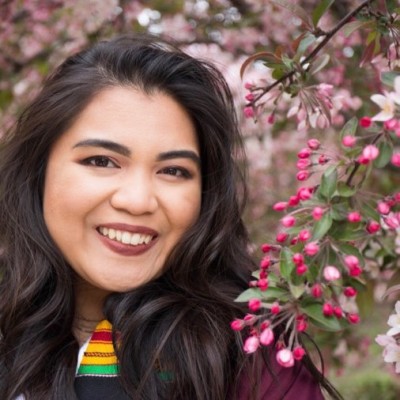 About the author, Chrystal Ragasa

Chrystal is a Visual Designer for Backbar. When she's not working, she's exploring the Chicago bar and restaurant scene, at home baking, or hanging out with her poodle mix Pepper.